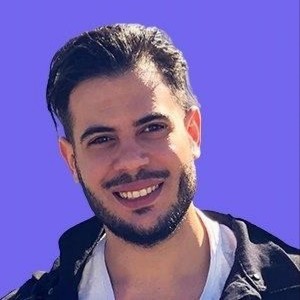 LinkedIn rolled out new limitations in regards to the weekly amount of connect requests.

At some point over the last month, LinkedIn started cracking down on the number of invites you can send out per week to just 100.

That is true for both regular LinkedIn accounts as well as Sales Navigator.

That is VS 250 Per Day!! This was the norm until now in Sales Navigator and about 100 per day for regular LinkedIn Accounts.

In other words, The ability to connect to prospects who are entirely out of one’s network has considerably diminished to 20% of its former capacity.

What are the immediate consequences?

So it depends on the way your LinkedIn is utilized as a channel for communication/marketing/selling.

The most significant impact is on those who used to spray connect requests endlessly.
Obviously, that is a behavior LinkedIn wanted to diminish, and with reasonable justification.
Spraying combines requests all around lowers the value of the Social Network itself.
If one finds himself fending irrelevant direct messages and connect requests, then the value of the network dramatically decreases.

– Those most probably are not affected widely.
Linkedin is a B2B social network, and as such, it thrives on meaningful business relationships.
Utilizing it for doing “B2C” kind of activities not only hurts one’s credibility and respect for the customer but also pollutes the network.

Having a limited amount of connection requests actually focus one to think considerably on his business goals, messaging and target audience alike.

This triage of elements is highly focusing every business owner on his/her objectives.
More over, it shifts the focus from the seller to the buyer.

Instead of asking ones self “what do I want to say?” in order to create a meaningful business relationship one should ask – “what is it that a prospect is seeking and I can help him with?”

In general, Here at Linvo, we believe this step is essential and creates a much cleaner environment in which business could thrive.

Want to know Linvo’s suggestions on how to cope with those limitations?

How to Use LinkedIn Cold Messaging That Gets Responses + 10 Templates

LinkedIn is one of the most popular social networking platforms

Why You Should Consider LinkedIn Automation and What are Its Benefits?

Given the technological developments occurring throughout the world, automation is

How to Write LinkedIn Recommendations

Writing a recommendation is not as easy as you think

If you are a new LinkedIn user, you would need

We went to rush you our best Linkedin Templates